Tal refers to the rhythmic pattern a particular song is played in.

The letters following the song number and the date of its composition indicate the tal / rhythm the song is played in.

The following give a rough explanation:

The beat of the Tal is referred to as Matra.

Some Tals have the same number of beats but the beats that are emphasised and not emphasised are different.

This is referred to as Vibhaga (or measure) of the Tal.

The following is from: 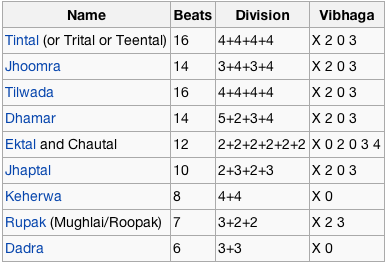